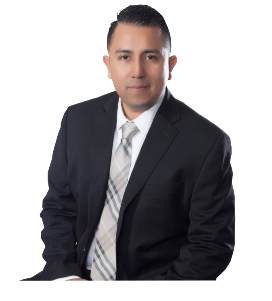 Josue Ramon, born in Tijuana, Mexico. Josue Came to the U.S.A when he was 13 years old. He struggled with a language he didn’t know, in a new school and new country. Josue had been a good student in Mexico and diligently studied to succeed in U.S.A

His struggles paid off and he graduated from High School, where he also met his wife Ana. They married at a young age. Josue never let being an immigrant get in the way of his dreams. He wanted to pursue a career where he can wear a suit and tie, and live the American dream. For several years, he worked for a company where he got to travel to China. He was forced to quit his job because the company was closing down. Josue tried the impossible by supporting his family with a minimum wage job. His American dream was placed on hold.

Josue decided to pursued his American dream in 2009 and he obtained his Real Estate license. Josue’s sink or swim attitude helped him see the great opportunities. He never gave up on his dreams. He went into Real Estate thinking of his family, not knowing anyone in the industry, not knowing about the market crash. He jumped into his dreams fearless and full of hope, not knowing anything. All he knew is that be needed to survive and support his family. When others were leaving Real Estate he was jumping right in. With a positive attitude and the desire to survive, he joined a well know Real Estate Firm, where he learned a lot. His American dream was becoming a reality.

In 2015 he was presented with a great opportunity, he couldn’t turn down. Everything he and his wife worked so hard for, came to life. He got the opportunity to open his own office! Josue knew “It wasn’t going to be easy, but he knew it couldn’t be impossible”. Josue and is wife united their knowledge and became owners of Excellence Premier Real Estate in South Gate, CA. Their office motto is “We love to see other people Happy & Successful” and that is exactly what he does. He genuinely likes helping people and is grateful for all the blessing in his life. He wants other people to learn from him and he teaches his knowledge to them, no secrets. He currently has 25 licenses under his leadership, and he is always looking to help more people.

Josue Ramon’s best qualities are his patience, knowledge, modesty and passion to help people. He lives by “The Client First Philosophy”. His clients love him, he builds relationships with them. People appreciate him because he truly puts his family, clients and agents first. This approach wins the business, but it’s his sincerity that wins his clients’ hearts. Josue sets the standard of care very high. This ideology has propelled him into the successful man he is today.

My wife and I were referred to Josue through a trusted friend. On day one, we met up with Josue at Starbucks and we went over what we were looking for and our general price range. Josue was kind, reassuring, and very knowledgeable about the market. Apart from helping us purchase a new home, Josue and his team helped us sell ours! Josue and his team guided my wife and I through the entire process! Every time someone tells me that they are thinking of buying/selling their home I always try to connect them with Josue! He is a consummate professional and his team at Excellence is simply amazing to work with. I highly recommend them!